Jim Murphy, a prizewinning children’s author who immersed young readers in American history, using extensive research and firsthand accounts to humanize sprawling, chaotic events like the Battle of Gettysburg, the Great Chicago Fire and an outbreak of yellow fever that became the country’s first epidemic, died May 1 at his home in Woodstock, N.Y. He was 74.

His wife, Alison Blank, confirmed the death but said the cause was not yet known.

Mr. Murphy, a former children’s book editor, wrote more than 30 books that chronicled fascinating but often bleak chapters in U.S. history. His work frequently spotlighted the lives of young people and returned to themes of determination, perseverance and compassion while telling engrossing stories of snowstorms, deadly germs and bravery on the battlefield.

“Who can resist a giant fire or an unstoppable disease?,” Mr. Murphy said in a Q&A on his website. “I want my nonfiction to be as exciting and readable as any novel, so I’m always searching for topics that are inherently dramatic.”

Drawing on eyewitness accounts from letters, journal entries, oral histories and archival photographs, he wrote about the horrors of combat in books including “The Boys’ War” (1990), which examined the Civil War experience of soldiers as young as 12, and “Truce” (2009), about Christmastime cease-fires during World War I.

But he also ranged far beyond the battlefield, including in “The Great Fire” (1995), which told the story of the 1871 inferno that destroyed most of Chicago, and “An American Plague” (2003), a chronicle of the 1793 yellow fever epidemic that prompted President George Washington and his Cabinet to flee Philadelphia, the nation’s interim capital. Both books received Newbery Honors, and “An American Plague” was a finalist for the National Book Award for young people’s literature.

In a Washington Post review of “The Great Fire,” journalist Michael Kernan said Mr. Murphy had written a book that was “original, personal and real,” without talking down to young readers or relying on hackneyed literary tropes. “The intensity of his interest sweeps the reader along just the way the fire itself spread from Mrs. O’Leary’s barn,” he added, noting that while “the book is by no means morbid, there is no shrinking from the hard facts of death and panic, from the obstinacy and incompetence that sent fire wagons to the wrong places time and again.”

Mr. Murphy said that if his books succeeded in transporting readers into the past, it was largely because of the months or years he spent conducting research online or in archives, looking for small details and trying to capture the stories of real people like Julia Lemos, a widowed artist who saved her five children and elderly parents from the Chicago fire, and Claire Innes, a 12-year-old who was separated from her family during the chaos.

“Jim was an inspired and dedicated researcher,” his longtime editor, Dinah Stevenson, said in an email. “He had a rare talent for finding — in letters, diaries and other documents — the voices that would bring his narratives to life, as if he had personally interviewed people from the past.”

James John Patrick Murphy was born into an Irish-Italian family in Newark on Sept. 25, 1947, and grew up in nearby Kearny, N.J. His father was an accountant, and his mother was a bookkeeper and artist. She became one of his fiercest champions, encouraging his interest in publishing even as Mr. Murphy doubted whether he was smart enough to write a book.

“Out of the blue,” he said, she invited Macmillan executive and “Gone With the Wind” editor Harold Latham over for dinner so that Mr. Murphy could talk with him about working in publishing. Latham said “to keep writing and to imitate other people less and less,” Mr. Murphy recalled, “and it took me from 18 to 30 to figure that out.”

Mr. Murphy was a poor student, and said he struggled with spelling and grammar long after he started writing books. He became interested in literature while at a Catholic prep school in Newark, where one of his teacher insisted he could “absolutely, positively not read” Ernest Hemingway’s “A Farewell to Arms.” “I promptly read it,” he said, “and every other book I could get a hold of that I felt would shock my teacher.”

He went on to study English at Rutgers University, receiving a bachelor’s degree in 1970, and worked in construction before being hired as an assistant editorial secretary at Seabury Press (later Clarion Books) in New York City. He worked his way up to managing editor before leaving in 1977 to become a full-time author.

His first manuscript, a work of fiction, grew to thousands of pages before he tossed it in the garbage, deciding he was probably better suited at nonfiction. Within a few months, he had made his literary debut with “Weird & Wacky Inventions” (1978), which featured old patent drawings for devices like the bird diaper and portable fire escape.

Another early book, “Tractors” (1984), was an unlikely success — a history of the lowly farm vehicle, enlivened with accounts of tractor explosions and the people who had survived them. The book led Mr. Murphy to adopt what became his standard technique of drawing on firsthand accounts, with a focus on individual people rather than the broad sweep of events.

Mr. Murphy also wrote picture books and young-adult novels, including historical fiction about a prairie teacher and a boy working on a whaling ship. But he largely stuck to nonfiction, including in science-oriented books such as “Breakthrough!” (2015), which followed the HBO movie “Something the Lord Made” in examining the work of a 1940s team that developed a surgical treatment for “blue babies,” infants suffering from heart defects.

With his wife, a producer of children’s TV shows, he also wrote the tuberculosis history “Invincible Microbe” (2012), inspired by summer trips they took to the Adirondacks, a region that was once home to TB sanitariums. Mr. Murphy and Blank had met at the Seabury publishing house — he fired her when she was working as an editorial secretary — and reconnected years later, marrying in 1987.

An earlier marriage to Elaine Kelso ended in divorce. In addition to his wife, survivors include two sons from his second marriage, Michael Blank Murphy of South Amboy, N.J., and Ben Blank Murphy of Jersey City; and a brother.

Mr. Murphy “wanted kids to know what things were really like” in the past, his wife said in a phone interview, and hoped to remind them that children, not just adults, were central figures in the country’s history.

“They often participated in an active, heroic way and then wrote eloquently about their experiences,” he wrote on his website. “Unfortunately, many historians focus exclusively on the important adults involved — a president, general, scientist or other powerful individual — and never let us see who else was there.” 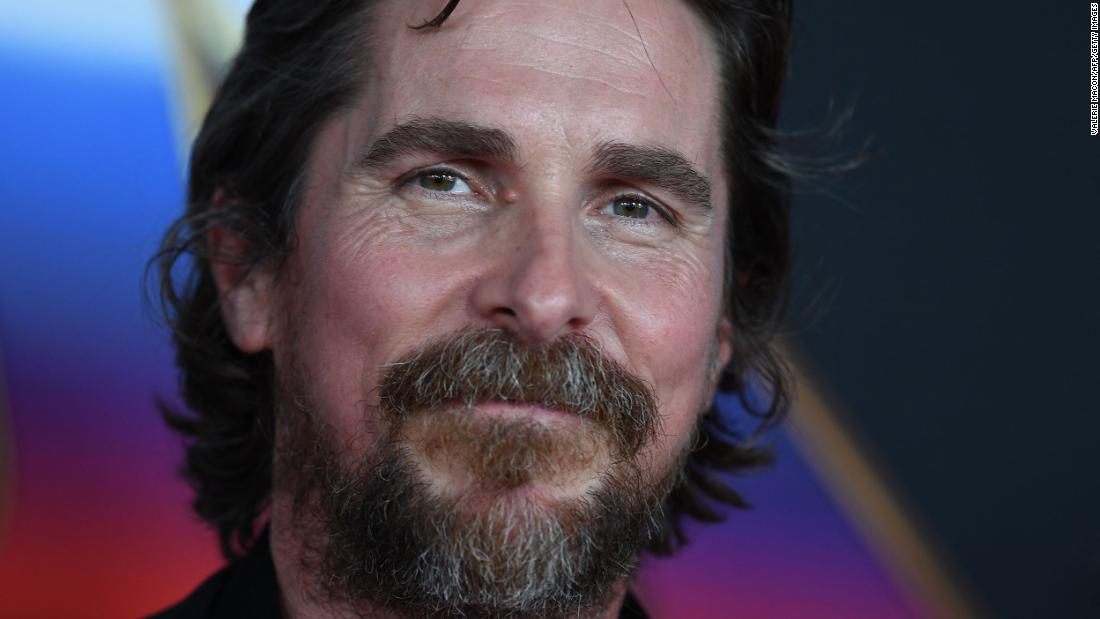 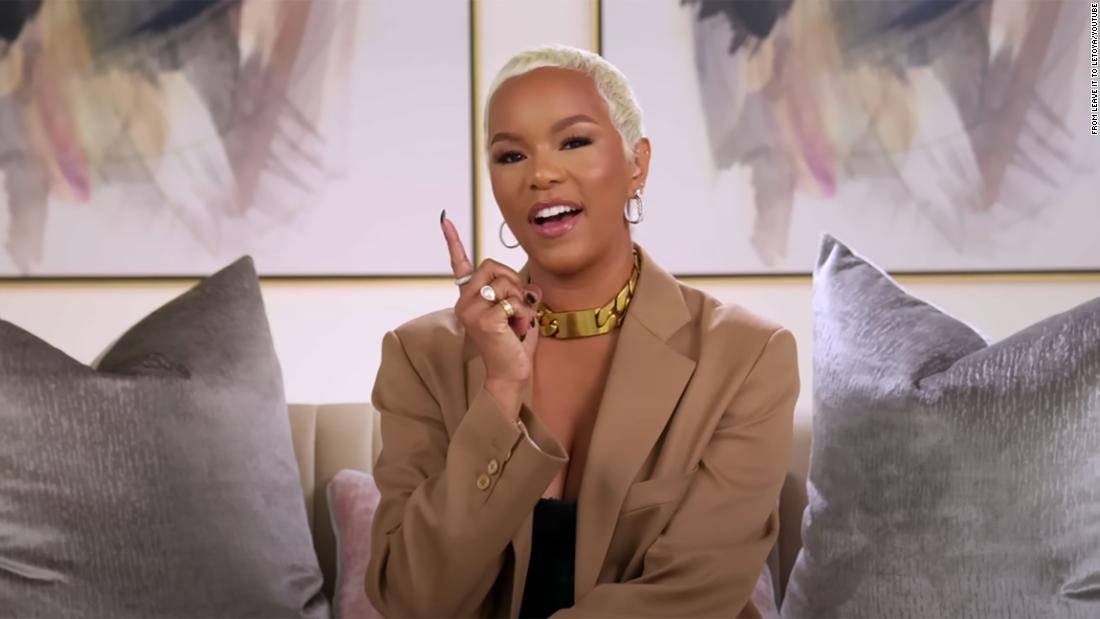 LeToya Luckett shares her story in ‘Leave It To LeToya’