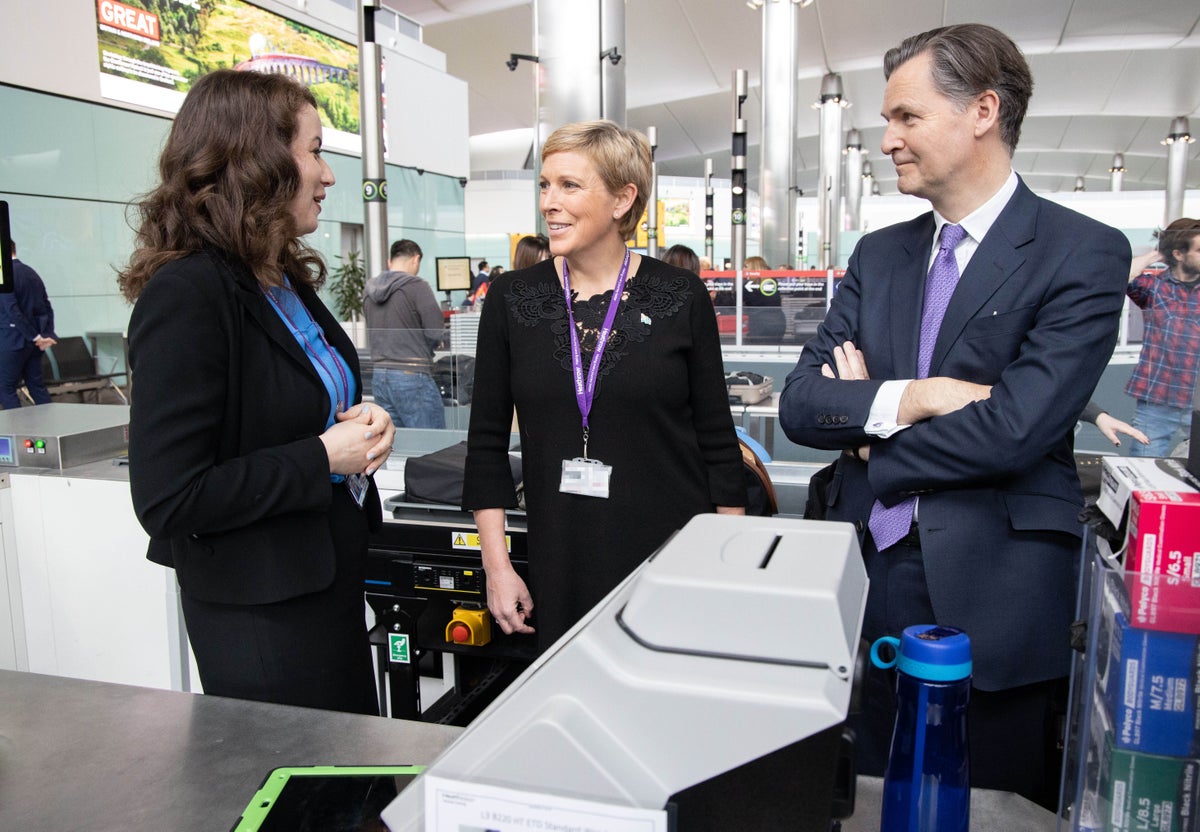 Worldwide in normal times, half a million people pass through airport security every hour. Many airline passengers say it is the worst part of the journey – in particular, the need to limit LAGs (liquids, aerosols and gels) to small containers and extract them from cabin baggage.

The rules were introduced hastily in 2006 as a temporary measure. Despite repeated promises they remain in place.

In 2019 Boris Johnson vowed the rules would be eased at major UK airports by 1 December 2022, allowing larger quantities and eliminating the need to have liquids separately scanned.

With a week to go there’s no chance that will happen. But could the stress ease by 2024? Simon Calder, former security officer at Gatwick airport and current Independent travel correspondent, can help.

What are the rules for travellers’ cabin baggage?

The rules around what you can pack in your carry-on bag have evolved in reaction to attacks – successful and otherwise – over the decades.

No weapons, whether firearms, knives or explosives may be carried. But there are also strict rules about liquids, aerosols, gels, pastes, lotions and cosmetics, extending even to yoghurt and soft cheese.

How did the liquids rule come about?

In August 2006 the aviation industry – and baffled passengers – awoke to find security rules for passengers had tightened literally overnight. The government announced that it had uncovered a terror plot to blow up transatlantic jets from Heathrow to North America.

The perpetrators aimed to take the ingredients for improvised explosive devices on board a number of aircraft. The ingredients, derived from hydrogen peroxide, were to disguised in soft drink containers.

The terrorists aimed to assemble the bombs on board before detonating them and destroying the plane; they were later convicted of offences including conspiracy to murder and conspiracy to cause explosions.

The bosses of Britain’s airlines were called in the early hours of 10 August 2006 to be told their passengers would be banned from carrying anything more than a purse or wallet into an aircraft cabin. Even pens were banned from transatlantic flights, on the grounds that the ink they contained was a liquid.

One concession was made, for nursing mothers: they could take milk for their baby through the checkpoint, but only if they tasted it first to demonstrate it was the real thing.

Baggage systems could not cope with two or three times the normal number of items, and Heathrow airport ground almost to a standstill. Flight networks elsewhere in the UK and Europe were also affected.

Three months later, the rules were eased – but with strict limits that prevail today. No container can be above 100ml, and they must be carried within a resealable clear plastic bag with a maximum volume of one litre.

Even a very modest relaxation of the rules – to allow airport purchases of drinks to be taken through checkpoints in a sealed “security tamper-evident bag” (Steb) – was much delayed in its implementation.

Many passengers are still being caught out, and losing their expensive airport purchases, because the drinks are not allowed through the airport where they change planes.

The limits were introduced as a “temporary measure” while airport security technology caught up. But progress has been painfully slow.

Is there a technological solution?

Yes, and it is already being used at airports such as Shannon in the west of Ireland, where “liquids, gels, pastes, lotions and cosmetics in containers of any size” are allowed through security.

Expensive scanners use computed tomography (CT), as used in medical scanners. Machines can analyse the molecular structure of the contents of a passenger’s bag, detect any potential threat and present security officers with a three-dimensional image.

Why are we waiting?

Progress on improving airport technology has been painfully slow. In 2019 the government told all major UK airports to have advanced CT scanners at security checkpoints by 1 December 2022.

Boris Johnson said at the time: “By making journeys through UK airports easier than ever, this new equipment will help boost the vital role our airports play in securing the UK’s position as a global hub for trade, tourism and investment.”

This has not happened: during the Covid-19 pandemic, airports faced catastrophic losses as passenger numbers collapsed and were not required to make the multi-million pound investments required.

What is happening now?

London Heathrow, which is by far the busiest airport in the UK, is in the process of installing the required machines. The airport’s chief executive, John Holland-Kaye, told The Times that Heathrow has been given a deadline of mid-2024 from the DfT.

“By then the normal passenger experience will be that liquids stay in bags,” he said.

If the DfT instruction – which has not been confirmed – applies to other big airports, the same would apply at Gatwick, Manchester, Stansted, Luton, Edinburgh, Birmingham, Glasgow, Bristol, Belfast International, Newcastle, Liverpool, Leeds Bradford, East Midlands, London City, Aberdeen, Belfast City, Southampton, Jersey, Cardiff and Southend (these are airports with more than one million passengers annually in 2019).

So that’s all good, then?

Not necessarily: passenger confusion is a constant problem for aviation security. Nothing has changed yet, though some travellers may infer that it has.

In response to the story in The Times, a spokesman for the Department for Transport (DfT) told The Independent: “Passengers at UK airports must not carry liquid containers larger than 100ml through security, and both liquids and electronics should be taken out of cabin bags at airport security checkpoints.”

That is not quite true: at some small Scottish airports including Barra, Campbeltown and Tiree there have been no security checks since 2017.

Worldwide, lack of conformity is a key issue for aviation security professionals – and passengers.

At many airports liquids are limited but can stay in the traveller’s bag. Laptops and tablets such as iPads must be removed in the UK and many other countries, but in some nations they need not be.

In Israel, procedures are entirely different. The authorities say: “Passengers should arrive three hours prior to departure for the security check procedure.” There is sometimes intense questioning by officials, and laptops must be removed. But liquids are permitted without restriction.

The main issue: passengers should not expect aviation security to be the same worldwide (or even UK-wide).

Is this going to cost me more?

The airports that are collectively investing hundreds of millions of pounds will be seeking a return – and that could include raising fees. But the new tech should cut staff costs, representing savings for airports.

“Speedy deployment should be possible. The technology has already been used successfully and for a long time at various airports across the world with measurable improvements to the passenger experience.”

No. In 2019 the the International Air Transport Association (Iata) described the prevailing security situation as “no longer sustainable”. It has been working with airports for over a decade on a project called “Smart Security”.

The passenger should be able to walk unchallenged along a corridor flanked by detectors, barely aware that they are being checked.

Checkpoints will still be staffed, but security personnel will be freed up to do what people do best, which is to study the behaviour of passengers and identify “persons of interest” for further investigation.