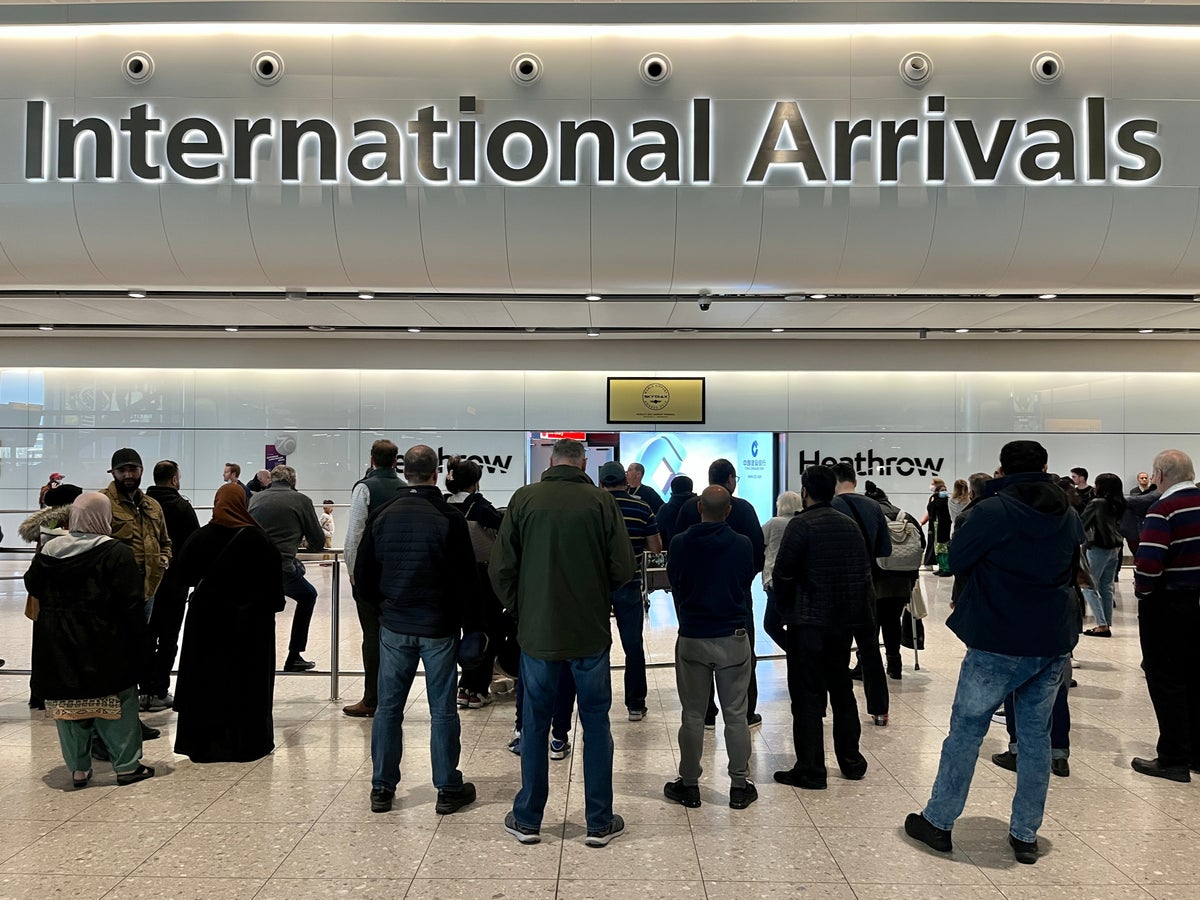 For many British families, Christmas 2022 was expected to be the first festive season for three years when they could plan a winter escape or a family visit overseas. Covid travel restrictions have now almost all been lifted – but now there is the fear that many passengers could find their flights cancelled ahead of a strike by staff at UK Border Force.

Members of the PCS union who check passports at six UK airports will walk out in a dispute over pay, pensions and job security for eight of the last nine days of the year: 23-26 and 28-31 December inclusive.

The airports include the busiest three in the UK – London Heathrow, London Gatwick and Manchester – as well as Birmingham, Glasgow and Cardiff. During the stoppages almost two million passengers are booked to arrive at the affected airports.

Military personnel and civil servants are being trained up to cover for striking staff. But The Times is reporting that Phil Douglas, director-general of the Border Force, has warned airlines and airports: “Our contingency workforce will not be able to operate with the same efficiency as our permanent workforce.”

The fear is that crowds could build up in arrival halls, leading to arriving passengers being held on aircraft while queues subside. That would have knock-on effect on departing services and could cause gridlock.

To prevent schedules unravelling, discussions are taking place about pre-emptive cancellations of departures and arrivals to reduce the strain on the system.

The immigration minister, Robert Jenrick, said the government had “robust plans in place to minimise any delays if strike action goes ahead”. But he warned: “Passengers should be prepared for their plans to be severely disrupted.”

His boss, home secretary Suella Braverman, said: “I really want to urge people who have got plans to travel abroad to think carefully about their plans because they may well be impacted.”

A spokesperson for Manchester Airport said: “We expect it will be necessary for airlines to cancel some services on the days impacted by strike action to ensure the number of arriving passengers aligns with lower UK Border Force resources.

“We will be working with our airlines to provide passengers with as much advance notice of cancelled services as possible, so that people have the chance to rebook their travel around the strike days.

In contrast, bosses at Gatwick do not expect significant disruption. A spokesperson for the Sussex airport said: “We expect that flights will operate as normal and remain in regular contact with Border Force about their mitigation plans.

“Additional airport staff will also be made available to help with passenger welfare on strike days.”

Any passengers whose flights are cancelled are entitled to be rebooked at the airline’s expense on any available flight that will get them to their destination on the planned day of arrival.

But with many flights heavily booked, there will be little room for displaced travellers.