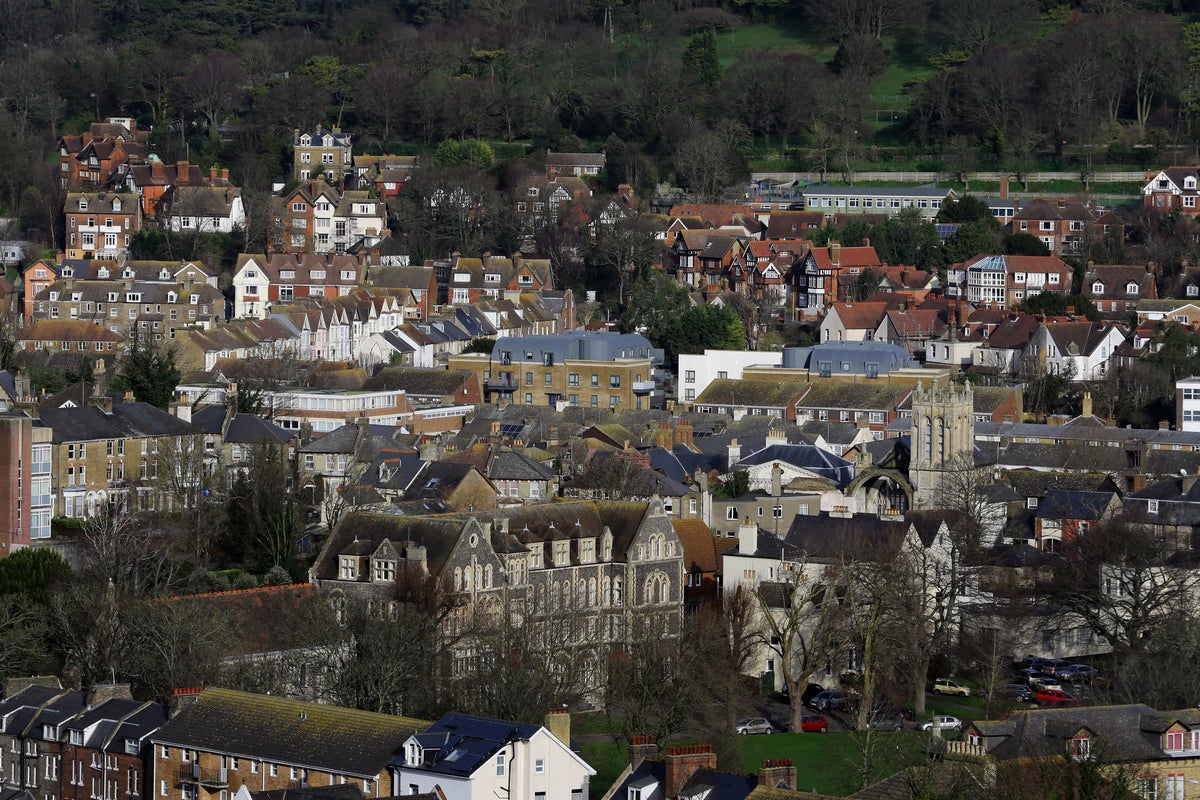 The Bank of England has raised interest rates to 3 per cent – the biggest hike in the base rate since 1989.

Andrew Bailey, the central bank’s governor, said officials had no choice but to increase interest levels by 0.75 per cent to tackle soaring inflation, currently running at 10.1 per cent.

The move, announced in November, will have a knock-on effect on savers and anyone who wants to borrow money, as well as impacting mortgage costs.

Interest rates are expected to rise further following the next meeting of the Bank’s Monetary Policy Committee, scheduled for 15 December.

According to Martin Lewis, the Money Saving Expert, some people on tracker deals with £100,000 remaining on their mortgage will see their costs rise by £480 per year.

Mr Bailey also warned that the UK was headed for a “prolonged” recession. But what does it all mean for the value of your home and the housing market more broadly?

What is happening to house prices?

The average house price fell by 1.4 per cent month on month in November, marking the biggest drop since June 2020, according to Nationwide Building Society.

House prices are falling because there is less demand in the market. Fewer people want to buy a house.

This is for two reasons. First, previous hikes to interest levels have resulted in higher mortgage rates.

This simply means that it is now more expensive to take out a mortgage than it was earlier in the year – even if the mortgage amount is the same.

Secondly, people generally have less money in their pockets because of soaring inflation – or rising prices.

Should I sell my home?

People who already have their homes on the market will be keen to sell them as soon as possible.

The Bank warned in November that interest rates and inflation are yet to peak and that the country is heading into a prolonged recession.

All of these factors mean that house prices are likely to fall further. According to Savills, house prices may drop by about 10 per cent next year.

If you are not in a rush to sell your house then you should probably wait until the economic storm clouds have passed, experts say.

What if I’m a first-time buyer?

First-time buyers are stuck in a sort of Catch-22 scenario. House prices are becoming cheaper but interest rates remain high, meaning those looking for their first home will be able to afford less when getting a mortgage.

Is now a good time to buy?

If you are among the small proportion of members of the public who don’t need to take out a mortgage, then it would be a good idea to wait until next year when prices are expected to hit their lowest ebb.